Human faces captured in real-world conditions present  large variations in shape and occlusions due to differences  in pose, expression, use of accessories such as sunglasses and hats and interactions with objects (e.g. food). Current face landmark estimation approaches struggle under such conditions since they fail to provide a principled way of handling  outliers. We propose a novel method, called Robust  Cascaded Pose Regression (RCPR) which reduces exposure  to outliers by detecting occlusions explicitly and using robust shape-indexed features. We show that RCPR improves  on previous landmark estimation methods on three popular  face datasets (LFPW, LFW and HELEN). We further  explore RCPR’s performance by introducing a novel face  dataset focused on occlusion, composed of 1,007 faces presenting a wide range of occlusion patterns. RCPR reduces  failure cases by half on all four datasets, at the same time as  it detects face occlusions with a 80/40% precision/recall.

RCPR outperforms previous work on all 3 datasets, proving  the efficiency of cascaded regression. RCPR reduces failure cases by half, proving its higher robustness to outliers. RCPR is also between 1.5 to 4 times faster than competing approaches. Usefulness of LFPW and LFW is reaching saturation, as the state of the art is already very similar to human performance.

RCPR outperforms previous work by 30%, reducing failure cases by 16%, and succeeds at localizing face landmarks within 10% of their true location in 80% of COFW images. It also detects occlusion with an 80/40% precision/recall.

Our face dataset is designed to present faces in real-world conditions. Faces show large variations in shape and occlusions due to differences in pose, expression, use of accessories such as sunglasses and hats and interactions with objects (e.g. food, hands, microphones, etc.). All images were hand annotated in our lab using the same 29 landmarks as in LFPW. We annotated both the landmark positions as well as their occluded/unoccluded state. The faces are occluded to different degrees, with large variations in the type of occlusions encountered. COFW has an average occlusion of over 23%. To increase the number of training images, and since  COFW has the exact same landmarks as LFPW, for training  we use the original non-augmented 845 LFPW faces + 500 COFW faces (1345 total), and for testing the remaining 507 COFW faces. To make sure all images had occlusion labels, we annotated occlusion on the available 845 LFPW  training images, finding an average of only 2% occlusion.

The following Matlab code shows how to run our landmark estimation algorithm (RCPR) on the COFW dataset to reproduce the paper's results. We also include an example to perform full face landmark tracking in video, using a pre-trained RCPR model in combination with our tracking algorithm published in BMVC13.

Code + COFW (Matlab)
Note that Piotr's Image & Video Matlab Toolbox is a required external library. This code is licensed under the Simplified BSD License. 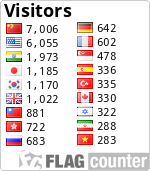